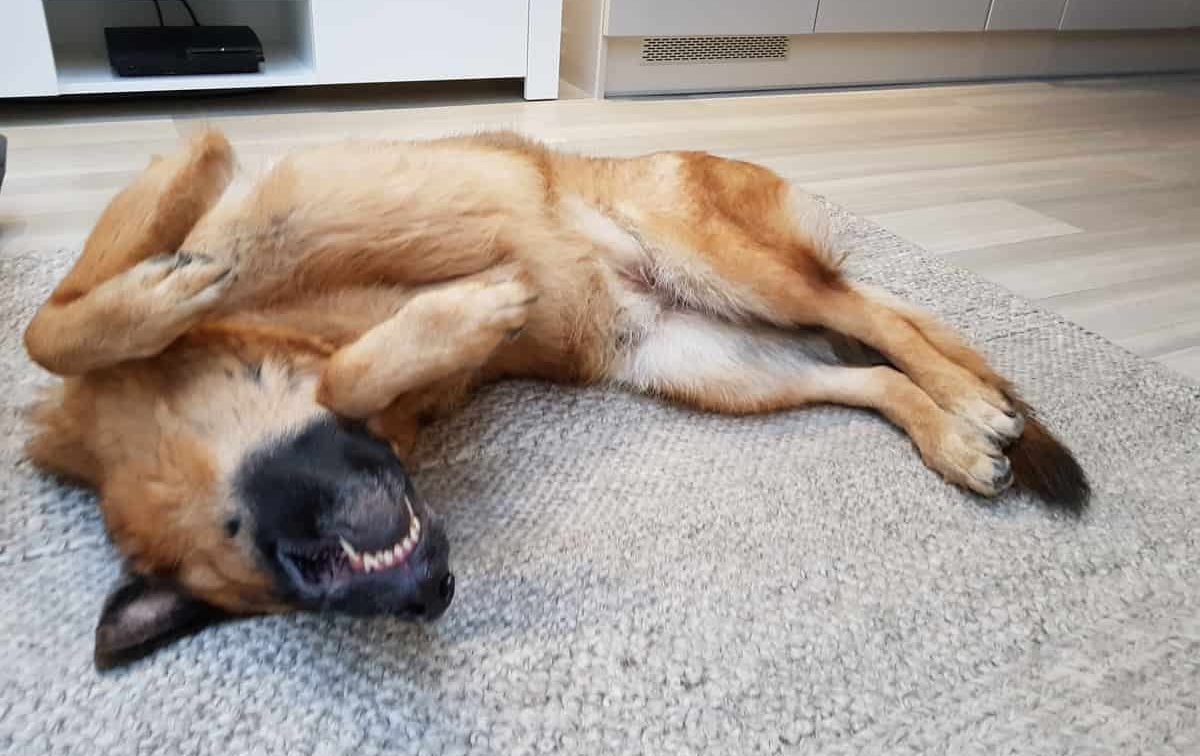 Being a german shepherd is hard; you often whine, but it’s important when you do to also know how to stop. In this article, you’re going to find out how to get them to stop, and just as importantly, why they’re whining in the first place. It is also important to learn about the Best Dog Food For German Shepherds to keep your dog healthy and in good mental health.

Dogs aren’t able to communicate like people. But they do have different forms of communication, one of which is whining. Here are the most common reasons for this type of sound.

Your German Shepherd Wants Something

One of the most common reasons your German shepherd may whine is because they want some specific item. They may be letting you know that they want attention, a walk, or food and water. Let them figure out what they need and give it to them.

It is important to teach your German Shepherd that whining isn’t an effective way to get attention or their needs met.

Furthermore, whining that they want something could indicate a problem. For example, if you notice them whining for food after they’ve eaten they may still be hungry (which could mean that they have a digestive issue).

Your Dog Is Alerting You Of Something Important

German shepherds are bred to be herders. Part of their instincts is the whining at passing threats that they try to protect herding animals from.

The only problem is that they may see things in a completely different way than you. For example, they might whine seeing a cat or person outside the house or if there was a car slowly passing by.

While this is an appropriate behavior in some cases, it’s best to train your German Shepherd on which circumstances to whine at and which ones not. Otherwise you’ll end up with a dog that whines endlessly about nothing.

They Want Your Attention

When they whine, sometimes a German shepherd is just looking for attention.

When dogs whine about a situation they usually do so because they want others to pay attention. This is an attempt at manipulation and when you give in, you reward them for whining.

If your German shepherd is whining and you think this might be the reason, stop rewarding them for their behavior by giving them attention.

Your Dog Is Saying Hello

In some cases, dogs whine when they see their owner. Compared to other whines, this type of whining tends to be quick and end with the dog’s whole rear shaking.

German shepherds are naturally very friendly and welcoming but it is important to keep an eye on how your dog welcomes and greats other people.

Your German Shepherd Is Scared

Is there something new in your house? Something going on outside like construction or other loud noises? A German Shepherd will sometimes whine because they are scared. Your German shepherd might be whining because they’re afraid. If your dog is whining, make sure to help them get over that fear without rewarding the behavior.

How To Stop Your German Shepherd Whining

There are many different reasons that your German Shepherd might be whining. Sometimes they are happier reasons like they are excited and are greeting you when you get home, but other whines are more dangerous such as when they are in pain. If you are looking to stop your German Shepherd from excessive whining then you can try one of the possible solutions below: