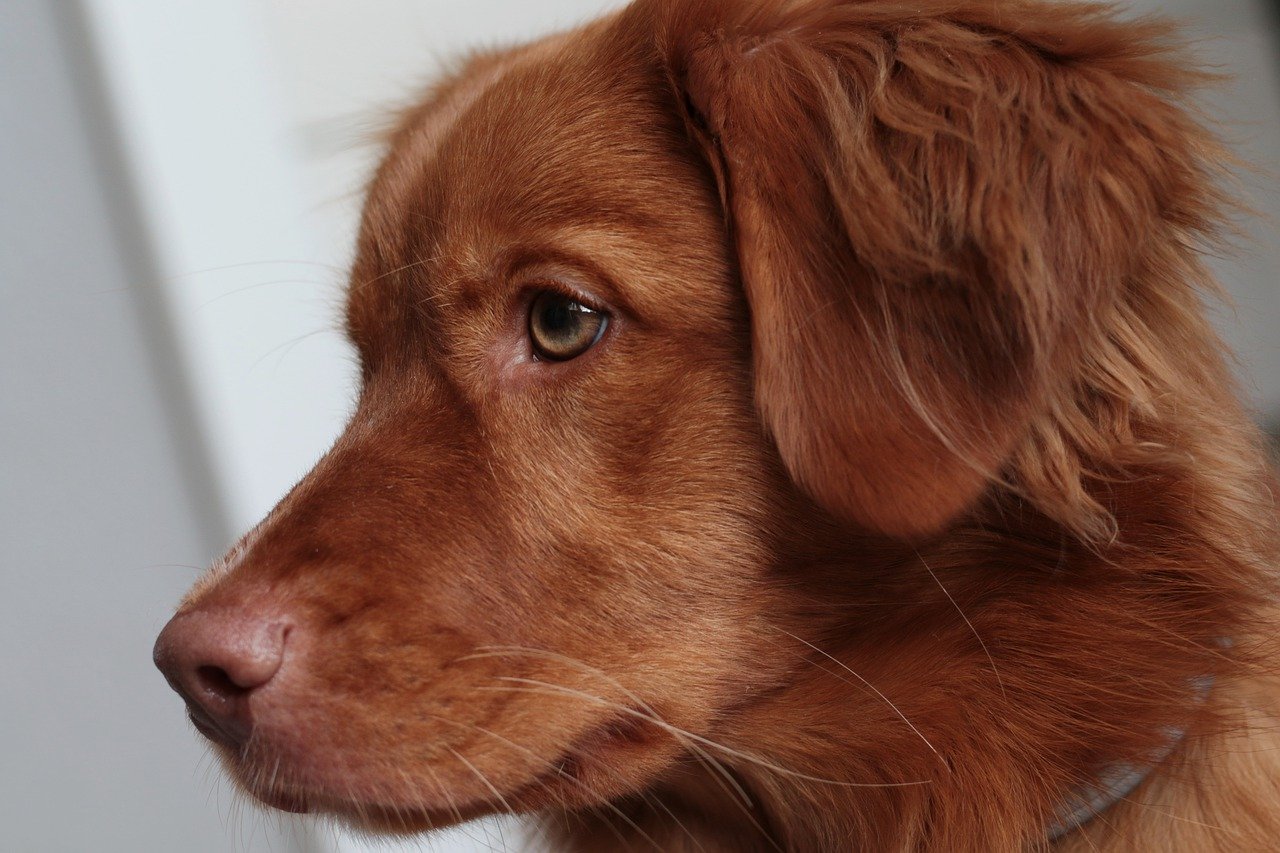 Dog’s whiskers are one of the most distinctive parts of their anatomy. These whiskers, which grow on either side of the muzzle and above the eye near the temple, serve as a sensory organ for dogs. Dogs use these whiskers to sense what is going on around them and also to help guide them when they move through narrow spaces or dark areas.

A whisker, also whiskers or vibrissae, is one of a variety of specialized hairs found on the faces and bodies of many mammals; they are most common on animals that live in cold environments. Whiskers are typically long and thick (especially among species native to colder climates), and some types may be sensitive to seismic vibrations (sensing “vibrations” through touch).

Whiskers allow certain animals to sense their surroundings easily; because whiskers do not grow more than about one inch from where they emerge from the skin, whiskers can only detect nearby objects. They act as an early warning system for threats such as other larger predators which may approach unseen.

Whiskers on a dog help them navigate and sense the world around them. They can tell if there is enough space to move between objects or open spaces that they could get stuck in, like under furniture or through doors. Whiskers also allow dogs to determine where their prey has gone when it tries to escape while hunting. By sensing changes in air currents whiskers give your dog vital information about their surroundings such as temperature and wind speed which helps him stay safe from predators and survive better outside his home environment of which he may be unfamiliar with due to being rescued by humans. Dogs whose whiskers have been cut off need some time adjusting back to normal life after this cruel act because whisker loss creates confusion for these animals since having whiskers is a natural and necessary part of existence.

The Importance Of Whiskers To Dogs

As whiskers are seen on the faces of many animals, they serve a very important function. For dogs and cats, in particular, whiskers help navigate through spaces more easily by sensing objects that may be too close for comfort or even to sense changes in air movement caused by larger predators. While whiskers can provide your pet with lots of information about their surroundings while out on walks, it is also advised to keep them protected and free from anything that might damage their whiskers such as leashes tied tightly around their face. They should always have some space between the leash and whisker area so as not to harm those sensitive hairs if something were to go wrong during walking outside.

Whiskers are one of the first signs that a dog is an animal. The whiskers allow dogs to see in very dark places, allowing them to move around easily without bumping into things. Whiskers are also good for their sense of smell which allows them to detect if another animal or person is nearby even when they can’t be seen. Without whiskers, many dogs would have difficulty getting around and detecting objects so whiskers do play an important role in how well your dog functions at home as well as outdoors.

What Do Dog Whiskers Do?

A dog’s whiskers are the hairs on their muzzle that they use to identify objects, people, and other animals. A dog whisker is a touch-sensitive hair found in most mammals that allows them to sense air currents and vibrations in addition to helping guide food into their mouths when eating. The whiskers of dogs help them feel around dark places or narrow areas where vision cannot reach such as under furniture or between crates at an animal shelter. Dogs can also use whiskers to detect moving prey during hunting by sensing movements from small changes in airflow within their environment even if there is no scent present. It has been shown that whiskers move forward out of habit before eyes have begun exploring an instead of following afterward like vision.

Whiskers are special whisker hairs that grow on the side of a dog’s snout. These whiskers, also called tactile hair or vibrissae, have an important role in your pet’s life because they help him to navigate his surroundings and feel more comfortable in his environment. If you see whiskers falling out then this is not normal and it means something must be amiss for them to fall out of place. This can indicate problems with dental disease (and other diseases). Whiskery folk tends to shed their whiskers throughout the year at different rates but some dogs like poodles may experience excessive whisker shedding which will require veterinary attention if it becomes uncontrollable. It would make sense to get any such whiskers to a veterinarian for an assessment and diagnosis.

Whiskers are a part of your dog’s body that he/she uses for sensing the environment. They have whiskers above their eyes, on their chin, and around their nose which they use to figure out if there is enough space in tight places or not. If you cut whiskers off from your pooch then this will cause them great distress as it makes it harder for them to feel through objects. You should never needlessly cut whisker hair or fur on an animal without good reason; only vets who see injuries on the face where whiskers prevent wounds may trim whisker hair back during surgery (and even then we generally try our best not to). Cutting whiskers off is like cutting one of our fingers off: it’s not good for you and it hurts. We don’t do whisker trims on our dogs unless medically necessary.

Do be aware that whiskers are fragile, even more so than the hair around them. A dog’s whiskers can easily break off if roughly handled or brushed against something sharp like a wire cage edge (this is why we never put cats in cages with bar spacing smaller than half an inch). If your dog loves to play rough then handle his whiskers carefully. Don’t ever touch the tapered end of the whisker as this part contains nerve endings that will hurt him/her when touched! When there are no medical reasons to groom his/her face, leave your furry friend alone so he/she can whisker freely.