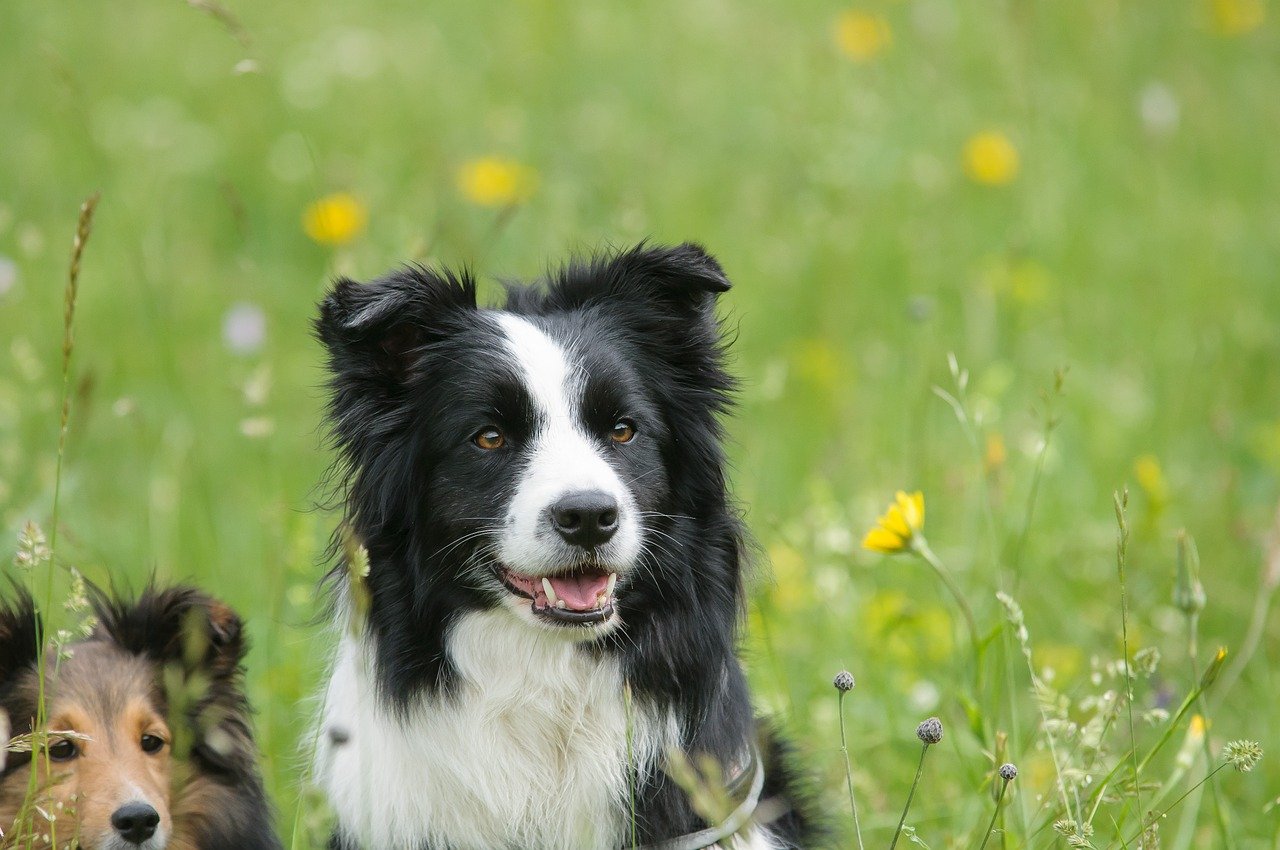 There are many dog breeds out there, and they all have unique personality traits. Some dogs are more high maintenance than others, while some don’t need a lot of attention. When it comes to intelligence though, not all dogs are created equal.

The Border Collie originated in the United Kingdom and is a medium-sized dog breed that was developed to herd livestock. The Border Collie has been ranked as one of America’s most intelligent dogs, which makes them easy to train. They are also very loyal and loving dogs to those they love.

These animals are known for being loyal and loving towards their owners/family members and very devoted companions. They are high energy and active, but they can also be gentle around children or calm when it comes down to being indoors with their family members. This breed requires an experienced owner who understands canine behaviors for training not to become too difficult because this dog loves a job! If you’re looking for a smart, loyal friend then consider adopting the Border Collie today.

The German Shepherd is a popular dog breed that is known for being loyal, protective, and alert. They are smart but can be stubborn at times. This breed does best with an owner who will establish themselves as the alpha or leader of their pack early on in life. Without this leadership, they may become overly protective which puts them into more dangerous situations than some other breeds would face.

The German Shepherd typically has a lifespan from nine to twelve years so it’s important to have long-term goals when looking at adopting one of these dogs as your pet. It is extremely difficult to find the right fit if you plan on getting rid of your dog after only two or three years because most people do not want young kids around an older dog without previous experience with children due to

The German Shepherd is known for its intense loyalty and protection towards its owner or family members. They make great guard dogs because of their size and because they love to bark! This breed loves human interaction; however, if not socialized correctly around people at a young age it can become timid and skittish around strangers – especially children that may seem too “high energy” or loud for this laid-back pup’s taste (or even other animals). GSDs are very smart but strong-willed which means training early on will be key for this dog’s successful life. If they are not trained, then you may have a problem on your hands.

The Golden Retriever is a dog breed that is characterized by its beautiful golden coat. They are one of the most popular dogs in America and for good reason.

They make excellent family pets because they love to be around children. They also get along well with other animals which makes them great companions for households that already have a dog or cat (or both). These dogs can live up to 11-12 years so you want to make sure that your Golden Retriever is part of the family forever.

The best thing about this breed is their intelligence level. They are ranked as one of the smartest breeds in America making it easier than ever before to train these pups into having amazing manners at home, on walks, and even while out in public places like restaurants and shops where dogs may not typically be allowed.

Golden Retrievers are known to be smart dogs who love people. They need lots of exercises because they have so much energy but if given enough attention, they can become very calm inside the home too. This makes them perfect family pets as well as service dogs who help those with disabilities every day.

The Labrador Retriever is a dog breed that is very active and highly intelligent. This friendly, gentle breed also makes for an excellent family pet. If you have children, the Labrador Retriever would be perfect because of its intelligence and gentleness with kids. In addition to being great around kids, the Lab is well known as a guide dog for blind people which shows just how reliable this canine is.

Labradors can weigh anywhere from 55-120 pounds depending on their sex so they do require plenty of space to run free without running into trouble or getting hurt by cars. These dogs need at least 45 minutes of exercise every day but if you’re not able to give them all the attention they deserve then it may be best to get two dogs instead.

Labradors are medium-sized dogs with a short coat that comes in yellow, black, or chocolate brown colors. Their coats need to be brushed once or twice per week and you should also expect your dog’s nails to grow about an inch each month so make sure they get trimmed regularly! The Labrador Retriever is very sensitive when it comes to their diet which means you have to pay much more attention than normal when feeding them. If there isn’t enough protein in their food then the Lab may become obese but if the meat content is too high then this breed can develop stomach problems from eating too much fat. Make sure you take note of all these details before purchasing a new puppy for yourself.

The Beagle is a family dog that is smart, loyal, and eager to please. These dogs are excellent for families with children because they love them so much. Beagles make great companion animals but can be difficult when left alone in the house all day long without any attention or activity. If you travel often, this breed of dog would not be optimal due to their tendency to howl which could lead neighbors to complain about noise levels coming from your home while it’s vacant.

Beagles have an average lifespan of 13 years old which adds up to many memories made together by both owner and pet! They require regular grooming including brushing at least once per week on top of monthly trips outside where they will get bathed and cleaned.

Beagles can be a great addition to any household but because of their high energy, the family must spend plenty of time each day with them playing games or going on walks so they don’t become bored and restless! Beagle puppies need lots of love throughout growing up because training them will ensure that you have an obedient dog at your side as he grows into adulthood! If children are in the home, this breed would not make a good choice due to their tendency to nip at ankles when feeling playful which could lead kids to get hurt especially if there is no one supervising playtime between pets and young humans.